I think it is fair to say that shaving, as an activity, is critical to humans, as a species. And as we have all been conditioned to believe, Gillette is the best a man can get to address this most pressing of problems.

I beg to differ.

Allow me to bring to your attention the series of innovations Gillette has “pioneered” in the past three decades or so (courtesy Wikipedia):

Notice a trend? Going from two to three blades took nearly three decades. Going from three to five blades only took three years. Thats an exponential growth! If the trend continues, I predict that we will see a new razor from Gillette later this year that will have 6 blades or more.

No seriously, think about this for a second: the only real innovation shaving products have seen in the past 50 years is increasing the number of blades. And somehow we should believe that this is the best we can get? And this company is actually making money?

I’ve been using Gillette for more than a decade now and I can tell you that my shaving experience has not gotten one bit better. For a long time, I used the two blade Sensor Excel and I was very happy with it. Until Gillette executed what is known as planned obsolescence. I could not find blades for my razors anywhere. I was hence forced to “upgrade”, and I went with the latest Gillette Fusion. Even with 5+1 blades and the satisfaction of a tiny AAA battery buzzing the razor, shaving has not gotten any better.

I did use a Shick Quattro one time and I actually think their blades are a lot better and long lasting. As soon as I have used up all of my Fusion blades, I am going to give the Quattro another try. This is an industry that could use some serious innovation.

I have been away from this blog for quite a while now and much has happened since then. The past few months have been extremely busy but also quite eventful. 2008 was a very important year for me as I hit several big milestones. Each of these warrant posts of their own, but these one-liners will do for now.

First, I successfully defended my PhD on October 31st. I have since finished all the paperwork and filed my dissertation. I am now, officially, Dr. Gupta! :-)

Second, I had a blast doing job interviews, and was in the difficult, but fortunate position of having to choose among several excellent offers, especially given the current economy. I will be joining Aster Data in a few days!

And finally, I got married to this most wonderful woman! While our wedding was crazy and intense and hectic and a ton of fun, I have come to believe that the reason marriages are more successful in India is that just one marriage drains you so much that you can’t even think about ever getting married again :-D 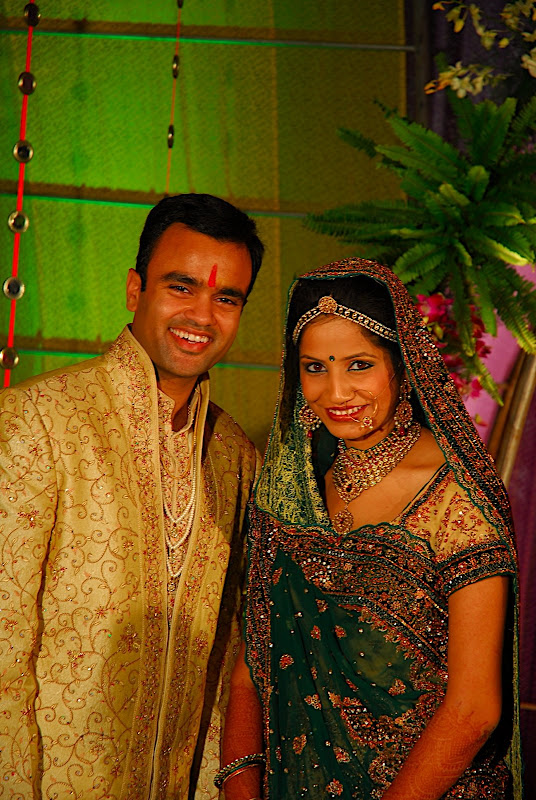 I’ve always thought about writing a book, so this is definitely very exciting for me. Even though it is not really a full-fledged “book”, it is a start nonetheless. The handbook is priced at **Rs. 99** (excluding shipping). So if you or any one you know is applying for graduate school in the US, specially in engineering and fine arts, do check it out. You can [[http://pothi.com/pothi/preview?pFile=132|preview the first ten pages]].

Note that the article is (and will always be) still available. Of course the book has a lot of extra (and more up to date) information that is not there in the article. The article is also fairly narrow in its scope — it was basically written for Computer Science students at the IITs. The book, however, is much broader — it should be useful to applicants in engineering //and// **fine arts**. As far as I know there is hardly any published information out there for graduate applicants in fine arts, so I really hope that this handbook will be of some use to the budding artists in India.

This whole thing is very much an experiment for me. At some point I might even make the handbook available online as a (paid or unpaid) eBook, but for now you have to order your copy from Pothi.com.

I recently read the paper Are you living in a computer simulation? (pdf) by Nick Bostrom. A draft version of the paper appeared in 2001 and the paper was finally published in 2003. I mention this because today the paper will be immediately familiar to a lot more people than it would have been three years ago. Thats because three years ago we didn’t have the Matrix trilogy to spread the concept among the masses.

The gist of the paper is very similar to the main thesis of Matrix. In the Matrix, the entire human population was simply living their lives in a simulation. The paper is a slightly more formal presentation of a similar concept, except that the paper actually tries to make a convincing argument that at least one of the following three propositions is true:

You can read the paper for full details, but in brief the argument goes something like this. Lets say we do become sufficiently technologically advanced to run planetary scale simulations of the entire human race, and we are interested in running such simulations. In that case its highly likely that we will run full scale simulations of our ancestors. All things being equal, we have no reason to believe that our particular existence is special in any sense — that is, we have no reason to believe that it is our particular lineage/evolution that will lead to all the advances that will lead to all the simulations. In particular, if we believe that there will be a large number of simulations, then it is just as likely that we are ourselves part of some such simulation.

Now, the notion of recursively virtualizable platforms is slightly hard to grasp and even harder to formulate. I detected a slight (perhaps unintended and merely technical) contradiction in the paper. Nick argues that if we are indeed living in a simulation and have no way of “looking outside the box”, we have no way of determining what the natural laws look like in the “real” world. That is, it might very well be the case that the real Universe (in which the simulation in which we are simulated, is running) is governed by laws that we have no clue about, simply because we can’t observe that Universe. However, this scenario rules out the possibility of recursive virtualization. For simulated ancestors to be able to run their own simulations, we require that the world observed by/exposed to the original (or base) simulation is identical to the world observed by all nested simulations. Because if not, then the nested simulation will NOT be identical to the original simulation, violating the rules of the simulation itself.

What do you think?

Anish says that it was shot in 10 minute cuts at clever places (like zoom into a guys back and them zoom out in the next cut). Absolutely marvellous performances by everyone. And I guess the gentlement of those times really had a charm that I certainly lack.

Today afternoon was a major debugging battle with Kashi, which we finally cracked after wasting a lot of time. I really hate Perl!!! Then I happened to take a look at the web page for CSE168 (its a rendering class) and they had the results of the final class projects up on the web page. And I was like, what a time waste we systems people do man! Vision and Graphics people always have this edge — they always have such cool demos!

Tonight we watched Yuva. Really impressive. Directed by Maniratnam and a sparkling cast — Ajay Devgan, Abhishek Bachhan, Om Puri and Vivek Oberoi. Not to mention Rani Mukherjee, Isha Deol and Karina Kapoor. For the first time I really appreciated Abhishek Bachhan’s acting. Maniratnam has really brought out this guy’s talent, and I guess the role really suited him and he carried it out quite well. Ajay Devgan was fabulous as always. Though Karina’s and Vivek’s characters were quite unnecessary and might have been just as easily eliminated. Karina’s definitely. She looks like such a w___e in the movie!

Next movie to watch out for is Girlfriend. Whats happening to Indian cinema!